november 2015 got myself together remake

november 2015 got myself together remake 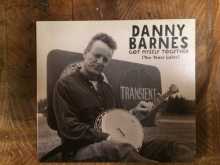 here's a brand new cd for you. the story goes, ten years ago i put out this record called get myself together. it was kinda my last acoustic type effort heretofore [i launched pretty heavily into my electronic period]. jenni and brian over and Eight 30 records there in austin were fans of that record. actually i have received a fair amount of fan mail in general about it. and they had the idea to revisit those songs in an acoustic way. the label that originally released the cd went out of business and the original cd is out of print. i seen one on eBay for like 40 bucks or some such. it was kind of a bit of work to remake it, because i had already built that house once so to speak. and i had to re-conceptualize everything. however, in the cycle of write, record, go play...sometimes..you play the songs for awhile and you learn more about them, how they want to be played. and sometimes that can take you several years. so, to be frank, i had learned quite a bit about the songs in the ten years since. they hung around and we kinda became old friends. though sometimes i think i pissed them off and they would stay away for a spell. so it was a bit like some sort of sporadic family reunion, a bit awkward in places, and funny in others. i never would have come up with the idea of re-recording something in a million years. the end result was really fun and i think it makes a good listen. i practice and take lessons so i had ten more years of woodshedding under my belt as i re-tackled the program herein. i hope you enjoy these songs. if you like them, maybe you would tell others about them. all of my stuff goes by word of mouth really. you can find the record in my store here, and at all the usual outlets for such behavior. if you come to one of my shows, i'll write on them for you.